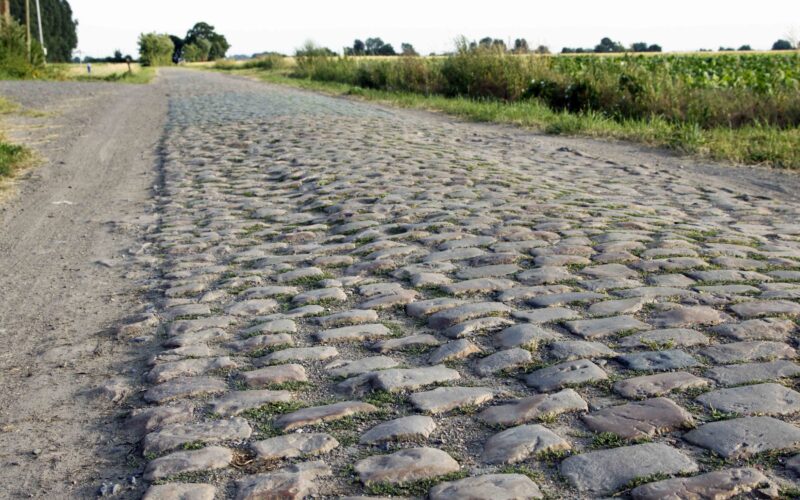 What an exciting weekend I had with the honour of watching the inaugural Paris-Roubaix Femmes professional cycle race. While I was really excited in the leadup, I hadn’t grasped the enormity of the race and the symbolism surrounding it. I’ve been following women’s professional road cycling for 10 or so years and it’s definitely the most I’ve ever seen in terms of articles, social posts, photos, videos and more.

And much of the excitement came from the very top of the sport – the women riding in the event and the other professional cyclists, both men and women who weren’t riding it, but watching on with glee.

The Paris-Roubaix race is my favourite one-day race and I’ve been lucky enough to see both the velodrome at Roubaix and some of the famous cobbled roads up close. Twice my partner and I have watched a stage of the Tour de France pummel across the cobbles. On our second visit, my partner Phil jumped on his bike and rode part of the stage ahead of the pros, but I was not game. It looked way beyond my skill level, and I have nothing but admiration for the pros that race across those bone-jarring roads in the Paris-Roubaix race each year.

So to give you a little flavour, recently retired pro rider Gracie Elvin wrote an interesting article for Cycling Tips about the new race. “This race is not just a race that is finally offered to women. It is a statement about what a woman can be. The images of riders during and after the race tell other women that it’s OK to try hard. It’s OK to be rough. It’s OK to be masculine or feminine or however you want to be. It’s OK to suffer. It’s OK to care.” Read the whole article here.

In the lead up to the race, I shared a couple of articles on the Women Who Cycle Facebook page and I was chuffed to receive a comment from a former pro Marion Clignet who said “nearing the end of my career in the late 90’s I asked, even begged Jean Marie Leblanc (former tour director) to organise a Paris Roubaix for women. I thought I was going to have to do CPR!……this is a fabulous step forward for women in all walks of life, play, and adventure!”

I can’t wait to watch the first Tour de France Femmes which will kick off on 24 July 2022 and run for eight stages over as many days. I’m keen to watch the race in person in a few years when COVID is well behind us and I’m allowed out of my country!!!

One of the aspects of the recent frenzy about the Paris-Roubaix Femmes is the general media coverage that it received, at least in the cycling world. It was no longer relegated to the special ‘women’s’ pages, it actually got plenty of mentions on the general news pages, and lots of men seemed to be paying attention too. Many of my male riding buddies were talking about it, both before and after the event. That has to indicate progress.

The final word must go to the winning rider who was clearly ecstatic about riding such an iconic event previously reserved for her male counterparts. British rider Lizzie Deignan who won the event said: “I raced today with the power of generations of women who were denied the opportunity to battle for this monument and with my daughter in my heart who I hope will never face the same barriers they had to.”

Incidentally, Lizzie’s bike sponsor Trek matched the prize money for the race to even up the women’s and men’s prize purses which were originally 91,000 Euro for the men, and a paltry 7,005 for the women.

Share your thoughts about the inaugural Paris-Roubaix Femmes via comments or the Women Who Cycle Facebook page.