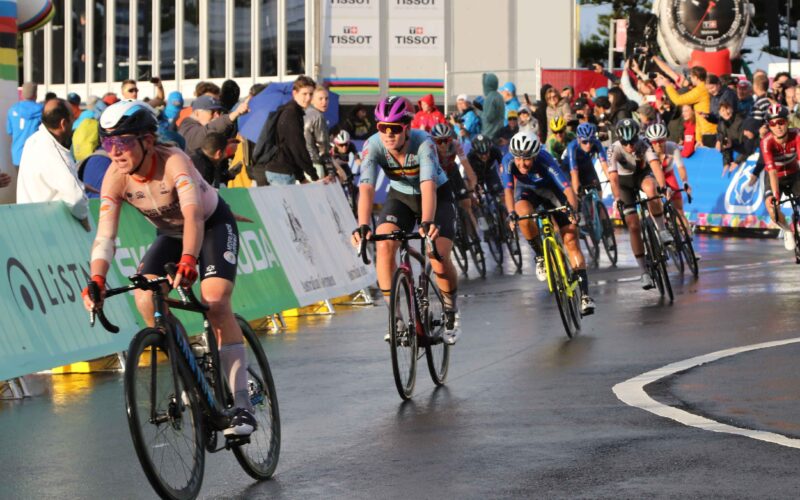 Last year was a huge year for women’s road cycling, and this year looks even better, so I’ve put together my list of women’s road cycling races in 2023. And with all this great racing, women’s road cycling needs your support. The more people watch the racing, both when it’s broadcast on TV or streaming services, or via social media, the more sponsors will pay up, and the more TV time they will receive. So please get behind these awesome riders.

My top six women’s road cycling races to watch in 2023 list is based on mainstream media coverage and the profile of the race. There are many others you can also watch via streaming services which I’ve listed below but the six chosen will probably be on mainstream TV (in Australia) and no doubt other countries too.

So here are my top six in date order:

This is the first year this race has received World Tour status and it returns after a COVID-induced hiatus. I’m really, really excited because I’m going to watch it live.

Sadly it is only three stages, plus a prologue criterium race, but it’s better than not having it at all. I’m hopeful that in time it will be increased to at least five stages to match the men’s event which follows straight after it.

This is a one-day race run by Australia’s Tour de France champion Cadel Evans and returns after the COVID pandemic. I’m not attending this year but have done so in the past and loved it.

It starts and finishes in Geelong and follows a picturesque route around the famous Bellarine Peninsula.

I recall watching a stage of the Giro D’Italia over the same white gravel roads about 10 years ago which Cadel Evans won in the rain. He was almost unrecognisable with mud caked all over him. Rain or no rain, it’s an exciting race and I hope SBS will broadcast the race, as well as live steam.

Only in its third year, the Paris-Roubaix Femmes is now a popular ride on the calendar for riders and fans. When it began in 2021, it was celebrated as being very significant for the women’s pro peloton. Read my previous post to learn more about that symbolic significance.

The men’s race has long been my favourite Spring class and it’s now been eclipsed by the women’s. I’m pretty sure SBS will be broadcasting it.

The other huge race of 2023 for me will be the second edition of the Tour de France Femmes which takes place immediately following the men’s race. it will take on a whole new area of France in 2023.

The Grand Départ is set in the city of Clermont-Ferrand, the capital of the Auvergne region.

The 956 km route will take the peloton south and into the Pyrénées, ending with a mountaintop finish on the iconic Col du Tourmalet on stage 7 and a stage 8 individual time trial in Pau.

While I won’t be at the side of the road to cheer the women on, I am planning to get there to see this race live in the next few years. The women’s peloton has been lobbying for this race for many years and I’ve lent my voice to the cause a few times as well. I’m assuming SBS will broadcast this race.

The 2023 UCI Road World Champs is in Glasgow in Scotland. Unlike last year when I watched the race from the roadside in Wollongong Australia, I will have to stay up late to watch it on the other side of the world.

The Women’s Elite Road Race will set off from Loch Lomond and ride a 62.6 km route to Glasgow before tackling six laps of the city circuit, for a total race distance of 157.4 km and 1,930 m of climbing. It sounds like one for the hill climbers and puncheur riders.

There are lots of other races to keep an eye on in 2023 including a bunch of Spring classics and some amazing stage races. Many of these will be broadcast on streaming services like GCN TV and others.

Let me know if I’ve missed any races from my women’s road cycling races in 2023. Use comments or the Women Who Cycle Facebook page.