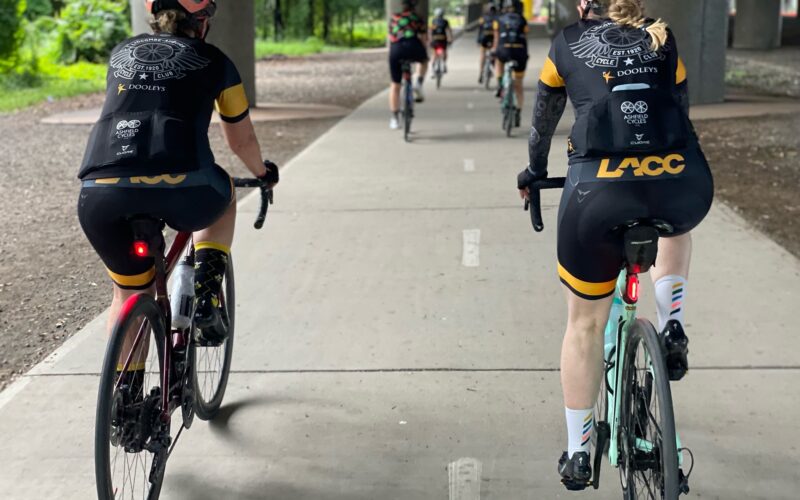 When I started putting a list of bunch ride calls and signals for this post, I was surprised at how long the list became. The inspiration for this post came from a suggestion from a newbie rider during last week’s bunch ride (thanks Sharlene), and it wasn’t until I started writing it that I focused on how important consistent calls in a bunch can be.

When I first started riding, I didn’t think I needed to learn things like bunch ride calls. But cycling is like any other new pursuit, there’s always more to it once you get involved. If you want to know more about bunch riding etiquette in general, read my previous post, or this handy guide from Manly-Warringah Cycling Club.

The crux of the whole calls and signals thing is summed up in one very helpful word – communication. Bunch ride calls and signals exist so riders can communicate with each other consistently and clearly during a fast-paced pursuit like road cycling. They also need to be shared to be effective, the lead riders (who are effectively the eyes of the whole group) call or point out something, and riders behind them repeat the same until it reaches the riders at the rear.

And like any form of communication, they can be over-used. I liken it to the ‘boy who cried wolf’, if you call stuff out too often people start to ignore it, so use calls and signals only when you really need to alert other riders.

You’ll also find that bunch ride calls and signals vary from group to group, country to country, club to club, and some riders will use more calls and fewer signals, and vice versa. They can also vary depending on the situation like racing or mass participation ride so don’t take my list as gospel. This is simply a comprehensive list of all those calls I’ve heard on bunch rides. Some of them I use a lot, some of them very rarely. I also tend to use calls more than signals, so my list below is focused on calls.