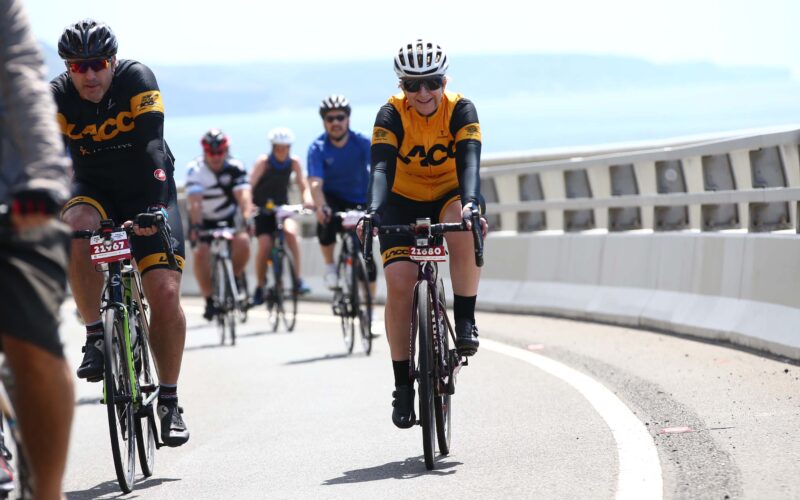 I confess that I don’t have much of a ‘science brain’ so the wonderful world of physics has never been a strong point of mine but given my passion for cycling, I’ve always been a bit curious about how you stay upright on a bicycle.

In the past I’ve often explained to riders who are nervous about going around corners faster they feel is possible is that there are centrifugal forces that will stop them from toppling over. In doing a little research this is certainly one of the factors but there is actually quite a bit more to it.

Given my lack of physics nous, I’m not even going to attempt to explain how centrifugal force works but here’s a great explanation of centrifugal and centripetal force that will help explain.

Instead, I’d prefer to paraphrase another great article I found online by a guy called Hugh Hunt published by The Conversation that explains the role of our brain in keeping us upright on a bike. For those who read this blog regularly, you’ll know that I’m fascinated by brain science but I’m no neuroscientist so for a full explanation read this longer explanation.

Riding a bike is a little like walking a tightrope. If you are falling to the right, then you subconsciously steer a bit to the right so that your wheels move underneath you. Then, without thinking, you steer back again to stay on the path.

This creates a natural “wobbling” that occurs in most beginner riders and is particularly obvious when children learn to ride.  These little wobbles are all part of the process and explain why walking – or riding – on a dead straight line is so hard because you can’t make those essential little side-to-side corrections.

Hugh Hunt says that there are some clever bits in bicycle design to make riding a bike easier, too. Most important is that the steering column, also known as the head tube is tilted so that the front wheel makes contact with the ground at a point that lies behind where the steering axis intersects with the ground. The distance between these two points is called “the trail”.

The trail really helps to stabilise a bike when you’re riding with no hands because when you lean to the right, the force at the contact point on the pavement will turn the front wheel to the right. This helps you to steer effortlessly and it allows for hands-free steering by leaning slightly left or right.

I also liked reading Hugh Hunt’s comment about training wheels which I’ll quote: “So what’s the best way to learn to ride? Well, watching children learning to ride with trainer wheels distresses me because every time one of the stabilisers touches the ground it is an unlearning experience. To cycle, your brain has to learn to wobble, so take off the trainer wheels – and the more you wobble the quicker you’ll learn. Cycling really is all in the mind.”

Share your experiences about how you stay upright on a bicycle via comments or the Women Who Cycle Facebook page.