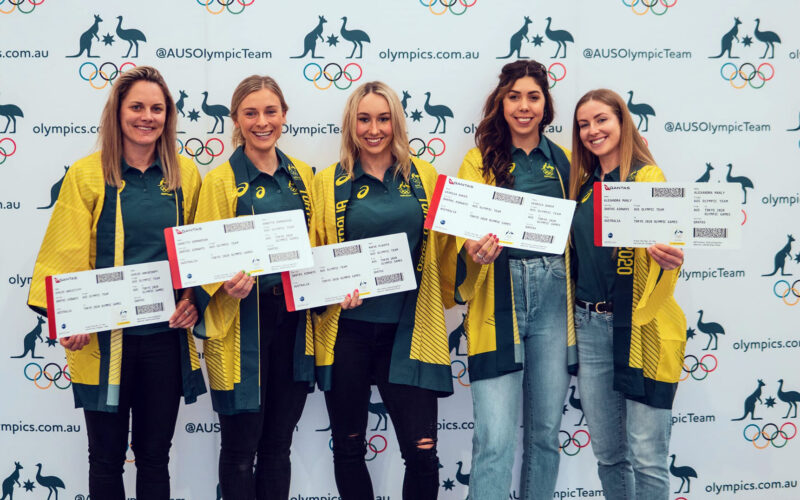 I love watching the Olympic Games on TV, it’s a perfect escape from the monotony of lockdown, and I particularly love watching the women of the Australian Olympic Cycling team. I’ve been lucky enough to meet and interview all the road team members and some of the track women but rather than repeat their life stories I’ve linked to a few places you can find more about them including my own blog posts.

If you want to know more about this group of awesome women, I recommend you find them on Facebook and/or Instagram where most of them post regularly.

Spratty is lining up for her third Olympics and has been training for the road race that takes place on Sunday, 25 July for an extra year.

Tiff has been around for many years but is competing at her first Olympics. She’ll be the road captain calling the shots during the road race.

Grace is also about to experience her first Olympic Games and is in great form having won a major Spring Classic race – the Classic Brugge–De Panne earlier this year. She’ll be riding the road race the time trial.

Sarah is also experiencing her first Olympic Games at the tender age of 20. She will be a support rider in the road race and will also contest the time trial.

Kaarle is Australia’s sole female sprint track cyclist going to Tokyo. I’ve been lucky enough to meet her on quite a few occasions and she’s a legend. Kaarle will contest the Keirin and the individual sprint in Tokyo. This is her second Olympic Games.

Nettie is attending her third Olympics and already has a Bronze Olympic medal. She gave up road cycling to focus completely on the track.

Ash has been racing for years and I first met her about ten years ago. This is her second Olympic Games.

I confess to not knowing much about mountain bike racing or Bec McConnell, but I look forward to seeing her in action. She and her husband who is also representing Australia in the mountain biking at the Games must be a formidable pair.

I know even less about BMX, so I won’t try and educate you.

I watched a great profile video about Saya a couple of days ago. You can view it here.

To learn more, I recommend you visit the excellent bios provided by Cycling News for the whole Australian Olympic Cycling Team.

Share your experiences of the women of the Australian Olympic Cycling team via comments or the Women Who Cycle Facebook page.